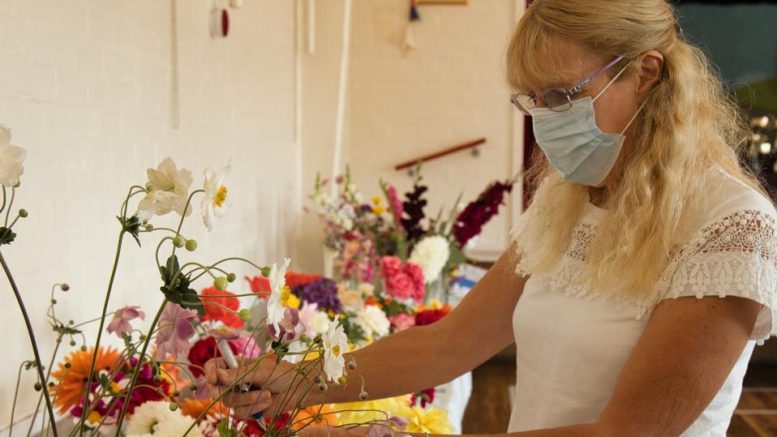 THE Coaley Produce show was held on Saturday September 4.

Obviously this year was different to any other, the show was cancelled last year because of the Covid pandemic and there were times this year when we wondered what would be possible this time.

Everyone agrees it was a very successful show.

The hall looked spectacular with beautiful floral arrangements and flowers, fruit and vegetable entries on display.

We had 536 entries by 109 individuals, which was fantastic.

It was really nice to see old friends and also new entrants who we hope enjoyed it and will enter again next year.

The produce show committee adapted arrangements on the day with timed staging and a one way system indoors.

We had kept the schedule the same as usual with a couple of pandemic twists – such as banana bread, sourdough loaves and rainbow pictures.

Very popular classes were handicrafts such as knitting and wood carving – possibly a reflection of long lockdown evenings.

In the home economics section popular items from the past such as pineapple upside-down cake were on display with flavoured gins and whiskies.

The garden cup this year was “spring bulbs in pots and containers” won by Jean Bryant.

Stephen Cook was the first man in the 80 year history of the show to win the domestic cup for home economics.

The children’s cups were won by Poppy Cook and Tess Gibbs, the centaur cups for Coaley schoolchildren were won by Bea Walker and Iyla Telling.

I want to thank all our judges – familiar faces and new judges, the WI, and helpers who provided lunches, the shop for their involvement and volunteers who helped us set up and particularly all the committee for their help.

Coaley Produce show 2022 will be the 80th one so we will want to be putting on an even better event next year – we are happy to have ideas and help to make next year’s show the best ever.