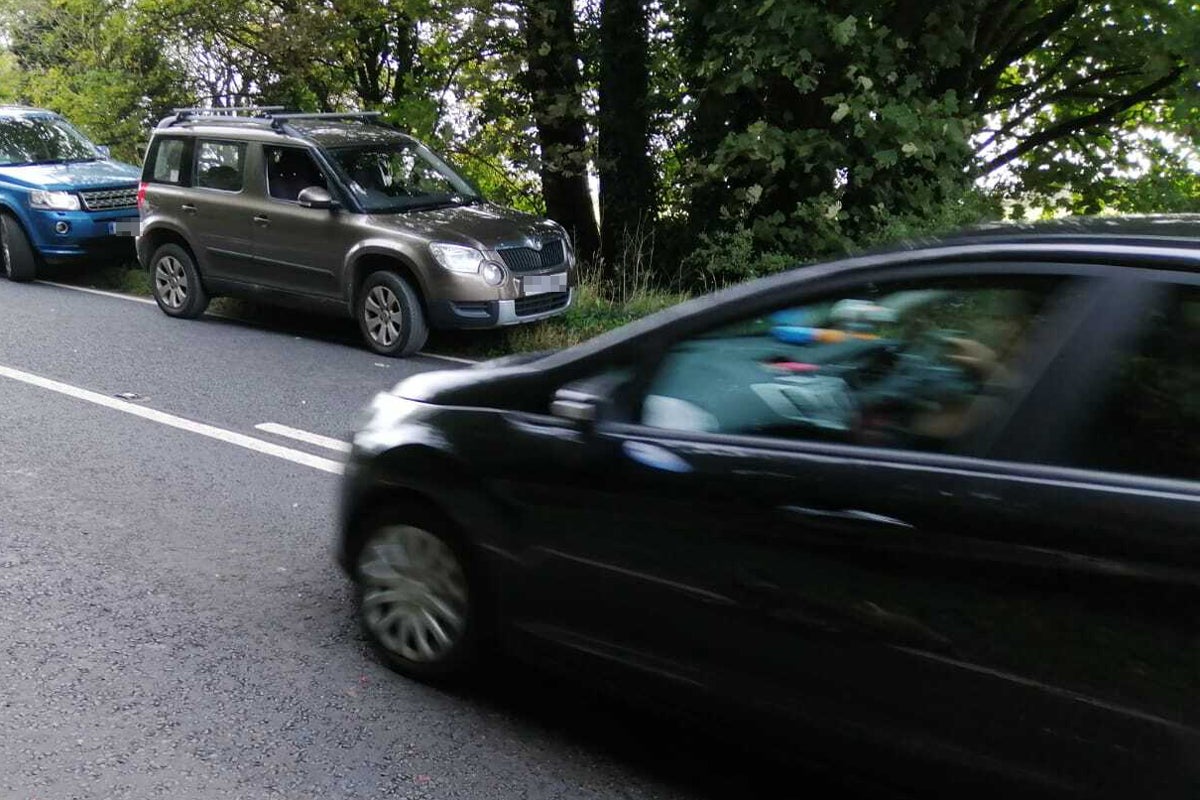 Deer have been run over on roads while hunts were out nearby in two separate cases.

Eight men were arrested in Berkshire after vehicles ran over deer and pheasants while the occupants fired catapults, police said.

And a hunt that David Cameron used to ride with was accused of scaring two deer onto a busy road in Gloucestershire, where they were hit and killed by cars.

Witnesses were left shaken as car metal and animal parts were strewn across the road, while drivers were forced to suddenly slow down to avoid hitting the bodies.

In the first case, Thames Valley Police said they were appealing for witnesses and information over an illegal hunt in Compton, near Didcot, on Saturday.

Officers said they received “multiple calls from the public” reporting vehicles driving along and “running over pheasants and deer, while occupants were firing catapults”.

Eight men aged between 20 and 50, from Datchet and Slough, were arrested and released under investigation while enquiries continue. Police seized four vehicles.

In Gloucestershire on the same day, monitors called police when they claimed they saw the Heythrop Hunt out “cub-hunting” near Farmington and five deer running away in fright.

“We turned left onto the A429 intending to get into a strategic position to see if the hunt would cross,” monitor Emily Lawrence told The Independent. “Instead we were confronted with a shocking scene – two deer were lying dead on the road, a car was written off on the side of the road and metal and blood were splattered and strewn up the road.

“The driver and her passengers were clearly in shock and standing on the edge of the road. There was no way they could have stopped this from happening. They said it happened very quickly.”

The monitors removed the car parts and the deer from the road. “It was quite dangerous – cars were having to drive around the debris,” Ms Lawrence said.

“We were both covered in blood from the poor deer. It was heartbreaking.

“We were both very shaken: the images of the dead deer, blood-splattered metal and a river of blood and guts have not left our minds and probably never will.

“I can’t stop thinking about the blood and the deers’ eyes.”

She said it was lucky that no people were hurt or killed, and that the deer’s death was instant.

Hunting mammals with dogs became illegal in 2005 but hunts insist they keep within the law by laying scent trails rather than chasing animals.

“Hunting is illegal. If hunts were trail hunting why would they lay a trail next to busy roads?” Ms Lawrence asked.

Gloucestershire police attended, and it’s thought they are investigating.

Ms Lawrence also claimed a “stalker” from the Heythrop had followed the monitors before the collision.

Nick Weston, of the League Against Cruel Sports, said: “This shocking incident shows a fox hunt out of control, with no respect for nature and the environment, and causing havoc on a busy road.

“This incident ended in tragedy for the deer and could easily have resulted in injuries and deaths of passing motorists.”

A statement from the Heythrop Hunt read: “The Heythrop Hunt are aware of an unfortunate incident that occurred on Saturday 10 October and would like to express best wishes to those people involved. The spurious allegations being made about the involvement of the hunt are, however, completely unfounded.

“The hunt has made their own enquiries and understand the deer emerged onto the road from the opposite side to where the hunt was conducting their activities and therefore the deer were effectively running towards the hunt, not away from them. It is also our understanding that the anti-hunting monitors themselves were walking through the countryside on the same side of the road as the deer originated and it is therefore highly likely that the monitors actually flushed the deer out and headed them towards the road.”

The Countryside Alliance said to the best of its knowledge the Berkshire incident was not linked to a registered hunt.

Inspector John Yallop, of Thames Valley Police, said: “If you witnessed this alleged illegal hunt, or saw anything suspicious on The Ridgeway near Compton and have not already spoken to a police officer, please contact the force as soon as possible.”

Police were called to reports of a Yamaha motorbike leaving the Tewkesbury Road in Deerhurst. Gazette Series Gloucestershire…

Dozens of businesses were permitted to open in Dursley, Cam, Wotton and Berkeley this morning for the first time in months. Gazette Series Gloucestershire…