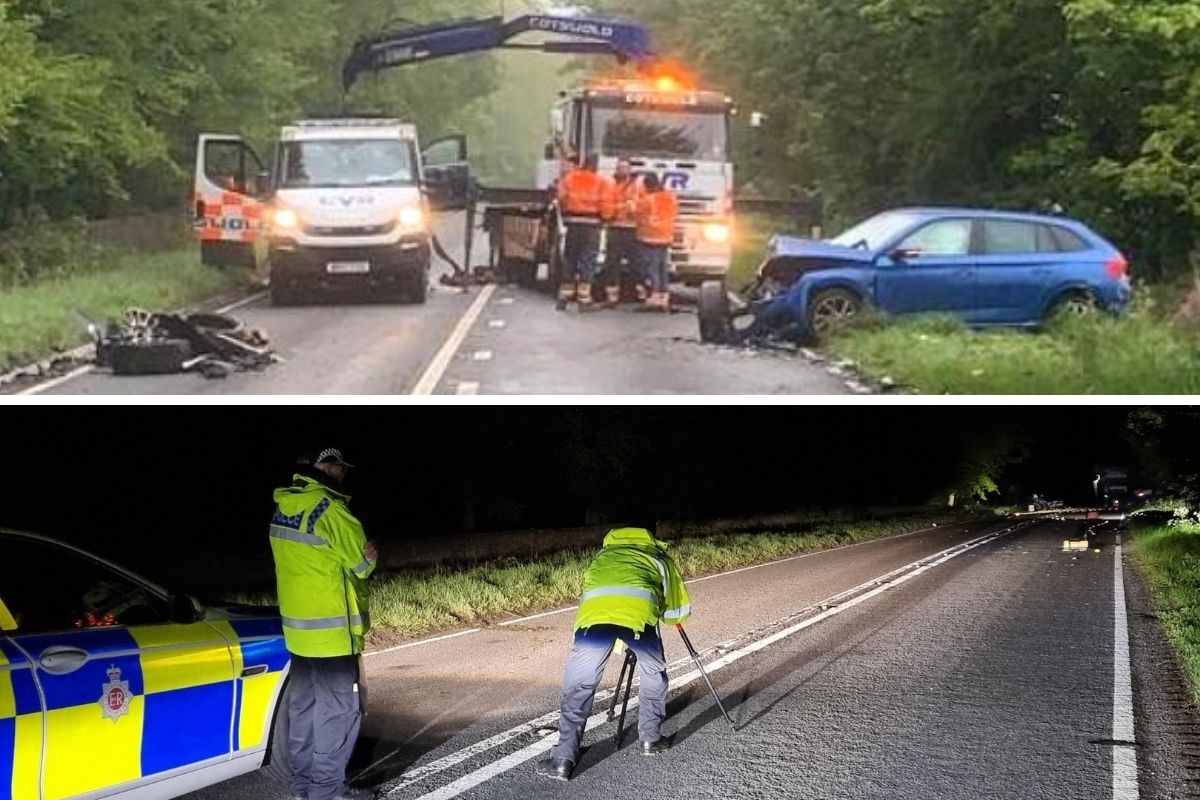 A 58-year-old Gloucester man is in a critical condition and four others have been airlifted to hospital after a serious car crash on the A40 near Northleach last night.

Two air ambulances were called to the road between Northleach and Burford at 9:30pm after three cars collided, giving passengers and drivers injuries ranging from whiplash to very serious.

The crash resulted in one of the vehicles leaving the road where it collided with a wall and another also left the carriageway.

Paramedics from the South Western Ambulance Service and the Gloucestershire Fire and Rescue Service also attended the scene, along with four recovery vehicles.

Two men aged in their 30s were taken to Gloucestershire Royal Hospital and three men were taken to the John Radcliff Hospital in Oxford where one aged 58 remains in a critical condition.

A man in his 30s has since been discharged and a man aged in his 20s remains in hospital.

Forensic collision investigators attended the scene and remained there overnight with closures in place and the vehicles were recovered this morning. The road has since been reopened.

Officers from the Constabulary’s Roads Policing Unit would like to speak to anyone who may have seen the collision.

They would also like to speak to anyone who travelled on the A40 around the time of the collision and who may be able to help or who may have dashcam footage.

Information can be submitted to police by completing an online form and quoting incident 485 of May 14.

You can also call police on 101 referencing the same number.

India are the visitors for a four-day match at Bristol. The Independent Gloucestershire…

POLICE trying to identify a man who died last week near Cam and Dursley station have released an image. Gazette Series Gloucestershire…

He began to get angry and went on to buy cigarettes but his card was declined and he attempted to leave without paying. Gazette Series Gloucestershire…