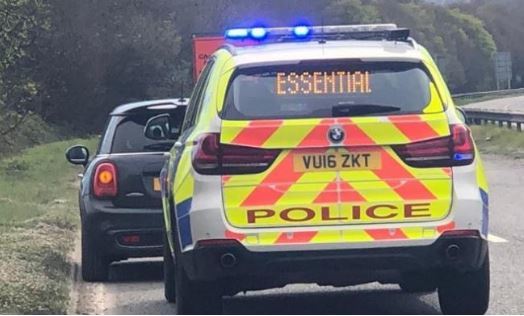 Hundreds of fines have been handed out by police for breaches of Covid-19 laws in Gloucestershire since they came into force, figures show.

Home Secretary Priti Patel defended the policing of lockdown breaches across the country, warning that officers “will not hesitate” to take action to safeguard the national recovery effort.

Data published by the National Police Chiefs Council shows a total of 279 fixed penalty notices (FPNs) were issued by Gloucestershire Constabulary between March 27 and December 20.

Of these, 231 were issued for breaches of coronavirus laws brought in during the first few months of the pandemic, five were linked to the tiered alert system introduced in October, and 23 to the national lockdown which began in November.

Police forces across England and Wales have issued 32,329 FPNs since March, though the NPCC said there had been a downward trend in recent weeks.

The peak occurred during the Easter bank holiday in April, with 3,288 handed out that week.

By contrast, the most recently weekly figures showed 542 tickets were handed out in the week to December 17, compared to 821 in the previous seven days.

Although the NPCC figures do not cover the Christmas and New Year period, Home Secretary Priti Patel said last week that more than 800 fines had been handed out over the previous 14 days.

She also defended the way police have handed out fines for lockdown breaches so far, warning that officers “will not hesitate” to take action.

Ms Patel said: “The vast majority of the public have supported this huge national effort and followed the rules.

“But the tragic number of new cases and deaths this week shows there is still a need for strong enforcement where people are clearly breaking these rules to ensure we safeguard our country’s recovery from this deadly virus.”

Of the fines in Gloucestershire, there was one for failing to wear a face covering when required, and four for breaching international travel rules.

There was also one for breaking business regulations and two for gatherings held of more than 30 people.

But he added: “It is right for officers to be inquisitive about why individuals may be away from home.

“Those who blatantly ignore the regulations should expect to receive a fixed penalty notice, and we’ll target our resources towards those who commit the most serious breaches and put others at risk through their behaviour.”

Preliminary crime figures also published by the NPCC on Friday showed that total crime in England and Wales was down 12 per cent in November last year.

Mr Hewitt said crime remains lower than at the same point in 2019, but that the demand on the police service is significant.