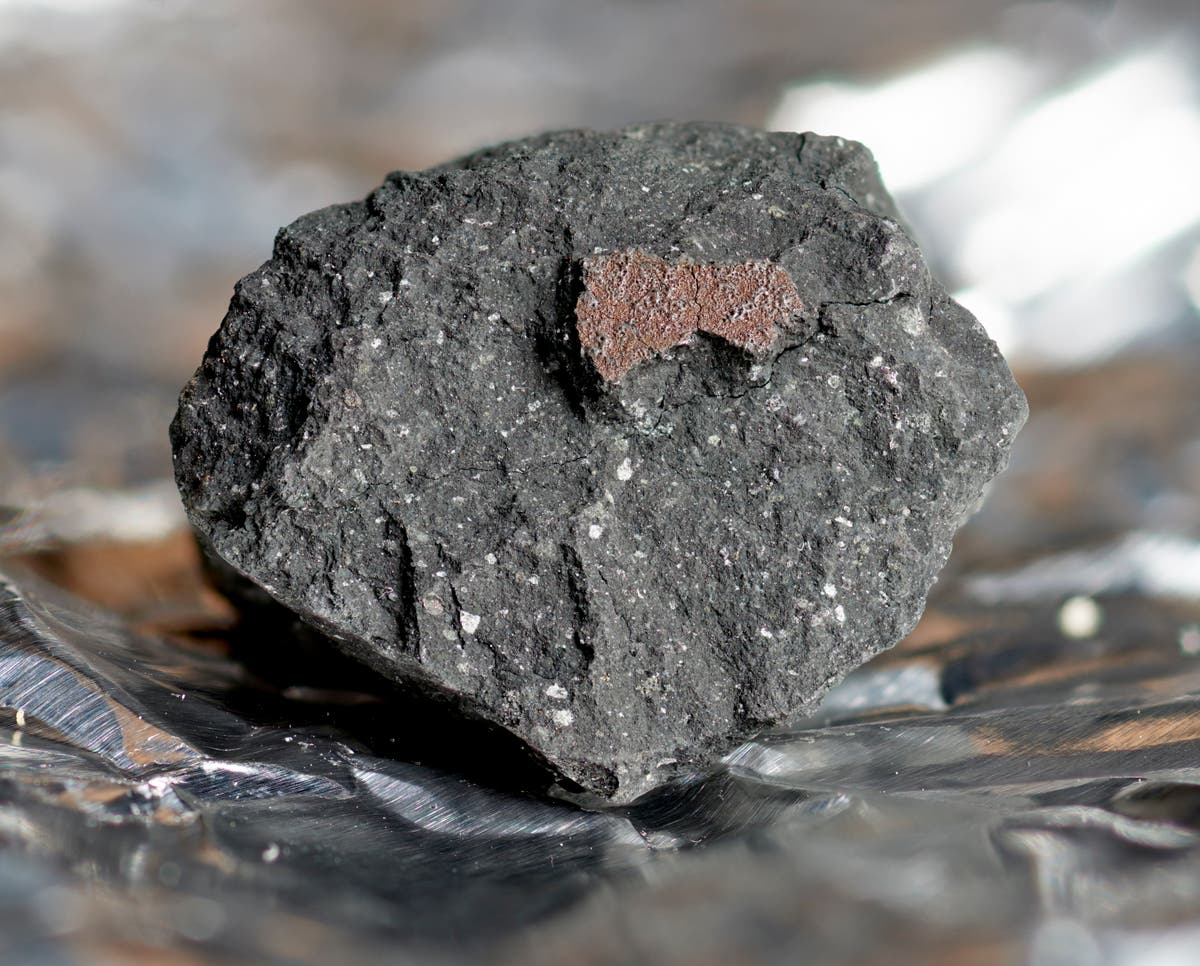 The first meteorite rocks have been recovered in Gloucestershire after they dropped to the ground from the dazzling fireball that was sighted over the UK and northern Europe at the end of last month.

The black space rocks, the largest piece of which weighs nearly 300g and crashed down on a driveway in the Cotswolds town of Winchcombe, have been taken to the Natural History Museum in London for further study.

Scientists are particularly excited because the rock, likely to become known as the Winchcombe Meteorite, is made of carbonaceous chondrite, a mixture of minerals and organic compounds including amino acids – the ingredients for life itself.

While it is three decades since the last meteorite was recovered from UK soil, never before has this kind of rock been found in Britain. It is believed that only 51 carbonaceous chondrite meteorites have ever been found and identified across the world.

The rock, along with more fragments recovered from nearby areas, was located after scientists retraced the flight path of the fireball that ripped into the Earth’s atmosphere with a sonic boom that was heard from Ireland to the Netherlands on Sunday 28 February.

Dr Ashley King, a researcher at the Natural History Museum, said it is “exciting for us because more this type of meteorite is incredibly rare but holds important clues about our origins”.

The meteorite arrived at the museum in remarkably good condition, the scientists said, comparing it to the quality of samples brought back from space missions.

“For somebody who didn’t really have an idea what it actually was, the finder did a fantastic job in collecting it,” he said. “He bagged most of it up really quickly on Monday morning, perhaps less than 12 hours after the actual event. He then kept finding bits in his garden over the next few days.”

Experts said that the meteorite could provide unique information about the origins of the Solar System some 4.6 billion years ago, as well as where water and the building blocks of life were first formed.

“Meteorites like this are relics from the early Solar System, which means they can tell us what the planets are made of,” said Professor Sara Russell. “But we also we think that meteorites like this may have brought water to the Earth, providing the planet with its oceans.”

Shortly after the meteor fell to Earth, the UK Fireball Alliance released imagery and maps charting its likely path and saying objects would most likely be found on the ground in and around Cheltenham. At the same time, the alliance advised interested members of the public not to breach coronavirus lockdown measures in order to go looking for space rocks.

Police were called to reports of a Yamaha motorbike leaving the Tewkesbury Road in Deerhurst. Gazette Series Gloucestershire…

Dozens of businesses were permitted to open in Dursley, Cam, Wotton and Berkeley this morning for the first time in months. Gazette Series Gloucestershire…