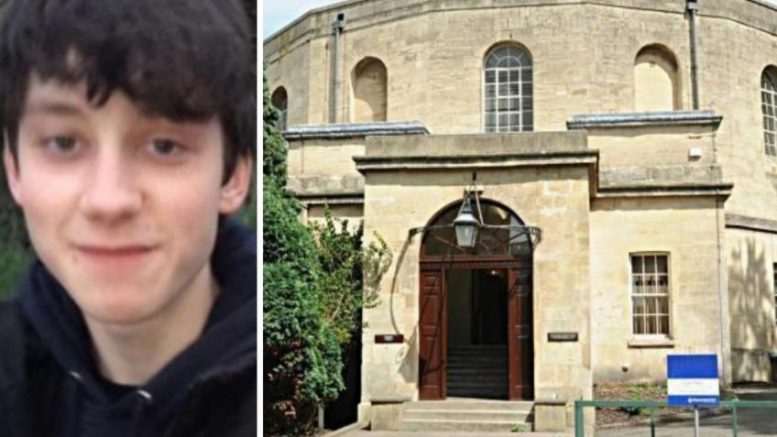 A 16-year-old youth has gone into the witness box at Gloucester Crown Court to give evidence in his trial for allegedly murdering his 17-year-old victim in Cam earlier this year.

The smartly dressed teenager, in a dark suit, spent 45 minutes yesterday (Wednesday) explaining to the jury of eight men and three women about the events leading up to the fatal stabbing of Joshua Hall on April 16.

One of the jurors has been discharged after notifying the court she a connection with the grandparents of the victim.

Edward Brown QC, defending asked the defendant at the outset: “Did you ultimately hold the knife that caused Joshua’s death?” to which he simply replied, ‘Yes’.

The youth went on to explain his school life wasn’t the happiest and this wasn’t helped by the pandemic lockdown. He added: “I didn’t really enjoy school, I found it quite challenging. It was a period of on/off with online lessons replacing the classroom.

“When I didn’t go to school I obtained some work experience on building sites. I used to get up very early, between 5am and 7am to go to work.

“At weekends I would go out with the few friends I have and we would walk everywhere. We would meet at the skate park and at the sports ground.

“We would tend to go out in the early evening and walk around the area. Occasionally we would go to Stinchcombe Hill.

“Generally it would be just the three of us, but occasionally others would join us and we’d be a group of 10 to 12 people.

“It wouldn’t be accepted if somebody was dating another’s former girlfriend. There are others who make claims that they are bigger that they are on social media, but generally they don’t mean it.

“If we argue, it can resort to shouting at each other, but it’s never much of a big deal.

“There was one incident at the local recreation ground on December 12 last year when about 20 of us had gathered together when one of the group was punched in his face and his nose was broken. He had to be taken to hospital.

“We also had heated discussions, which ended up being one big argument, when we had a group meeting on social media.”

Mr Brown then asked the defendant about his side business selling puff bars, the common name for disposable vapes.

The defendant said: “I would generally buy puff bars in bulk and sell them to people, generally of my own age in the Dursley area.”

Mr Brown then asked the youth about his connection with a man in his early 30s.

“The defendant replied: “I first came across him two years ago. I found him quite threatening.

“He was in the Kingshill Road in Dursley and he threatened me to punch me in the face with a knuckleduster. I knew from then on that he was a dangerous person.

“I knew he had been convicted of drug dealing and was known as the local bully.

“I last met him about six weeks before the fatal incident when he saw me selling my puff bars.

“He stopped his car and asked my why was I selling on his strip? I tried to tell him I wasn’t selling drugs. I giggled, mainly because I was frightened.

“He tried to reach into my back pocket to try and grab my wallet, but he stopped because there were too many people around.