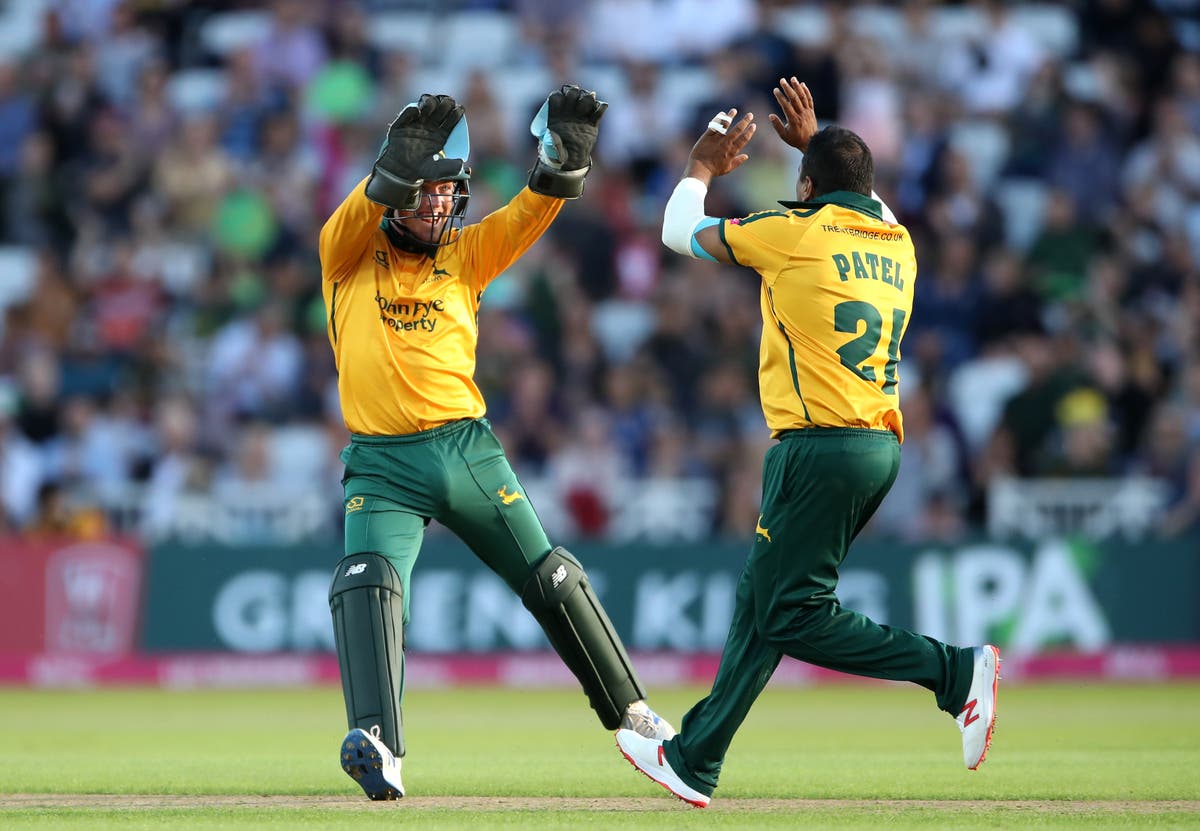 Samit Patel inspired Nottinghamshire to a narrow victory over Derbyshire with a starring role with bat and ball in the Vitality Blast North Group encounter.

The fixture at Trent Bridge was one of only two games to survive after the wet weather wrecked six other scheduled matches in the competition.

Nottinghamshire looked set for defeat when they were reduced to 45 for four with Logan Van Beek taking three for 22, including Alex Hales for a golden duck.

It brought Patel to the crease and he launched an astonishing counter-attack with support from Ben Duckett (38) and captain Steven Mullaney (21).

After hitting three sixes and six fours in a 32-ball innings, Patel walked off with an unbeaten 64 to help his team close on 152 for six in a reduced 15-overs-a-side match.

Derbyshire recovered from their own poor start to reach 82 for two before Mullaney dismissed Luis Reece for 56.

It sparked a collapse with Patel claiming two wickets and while Leus Du Plooy reached his half-century, it was not enough to get the visitors over the line as they lost by two runs.

Glamorgan won the other Vitality Blast fixture to beat the weather with Colin Ingram smashing 75 in a 21-run South Group success over Middlesex.

The South African hit half of his team’s runs in a stunning 48-ball knock which included 10 boundaries and two maximums.

Steven Finn impressed for Middlesex with four for 19, but they were unable to chase down Glamorgan’s total of 150 for nine.

Six others fixtures failed to survive the weather with Surrey’s clash with Hampshire the first to go at the Kia Oval, before Sussex vs Somerset quickly followed.

For the fifth year in a row Essex and Gloucestershire were unable to get proceedings under way in Chelmsford while Birmingham Bears against Lancashire, Worcestershire’s fixture at home to Northamptonshire and Yorkshire’s clash with Durham had to be abandoned with rain the only winner.