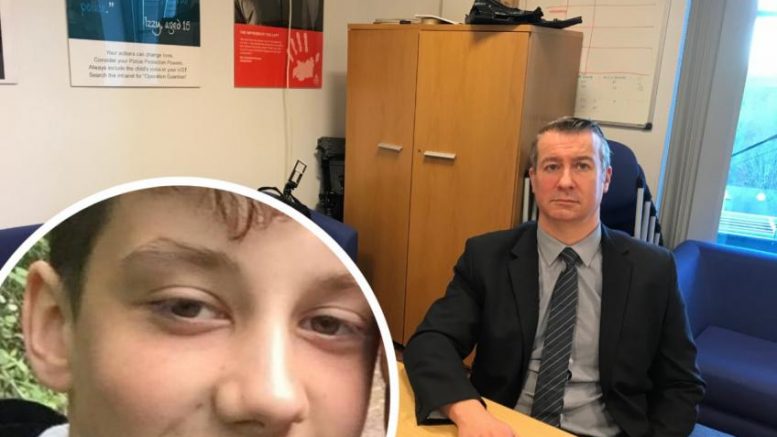 The senior investigating officer in the Josh Hall case says there is a ‘culture of young people carrying knives’.

While reiterating that Gloucestershire is a ‘safe place to live and work’, Detective Superintendent John Turner said the deaths of Josh Hall and Ramarni Crosby were ‘a failure of the police and society’.

“Tragically we’ve had two young people killed by knives in the last year and when people do die of knife crime I do believe its a failure of the police and society in general,” he said.

“There is a culture of young people carrying knives and we need to work with young people, parents and partners to ensure we can divert children from crime wherever possible not put them through the criminal justice system and educate them that carrying knives is clearly never a good thing.

“I don’t want people to be overly concerned, Gloucestershire is still a safe place to live and work, but we do need to work with each other to safeguard the children and most vulnerable in our society.”

Watch the video below to hear more from DS Turner.

Following the sentencing of Harley Demmon on Friday, DS Turner said: “We all too regularly see the impact that the murder of a loved one can have and I would like to highlight how Josh’s amazing family remained so dignified throughout the whole process.

“Everyone from the Major Crime Investigation Team would like to highlight the assistance that we received from the whole community of Dursley and Cam as well as the massive outpouring of love and support they gave.

“The death of a young person in these circumstances has had a huge impact but there has been a continued sense of willingness from the community (of all ages) to engage with the police, which enabled the investigation team to understand and present what had happened to the jury.

“This ultimately resulted in them reaching the guilty verdict within three hours and I hope that this will allow the Hall’s to have some form of closure in knowing that their son’s killer is behind bars.”

Sergeant Garrett Gloyn from the Stroud Neighbourhood Policing Team added: “I’ve personally met Josh’s parents, Kirsty and Mike, who have my deepest condolences but also my admiration for the strength and character they have shown in trying to make sure that nothing like this happens again in Dursley or Cam.