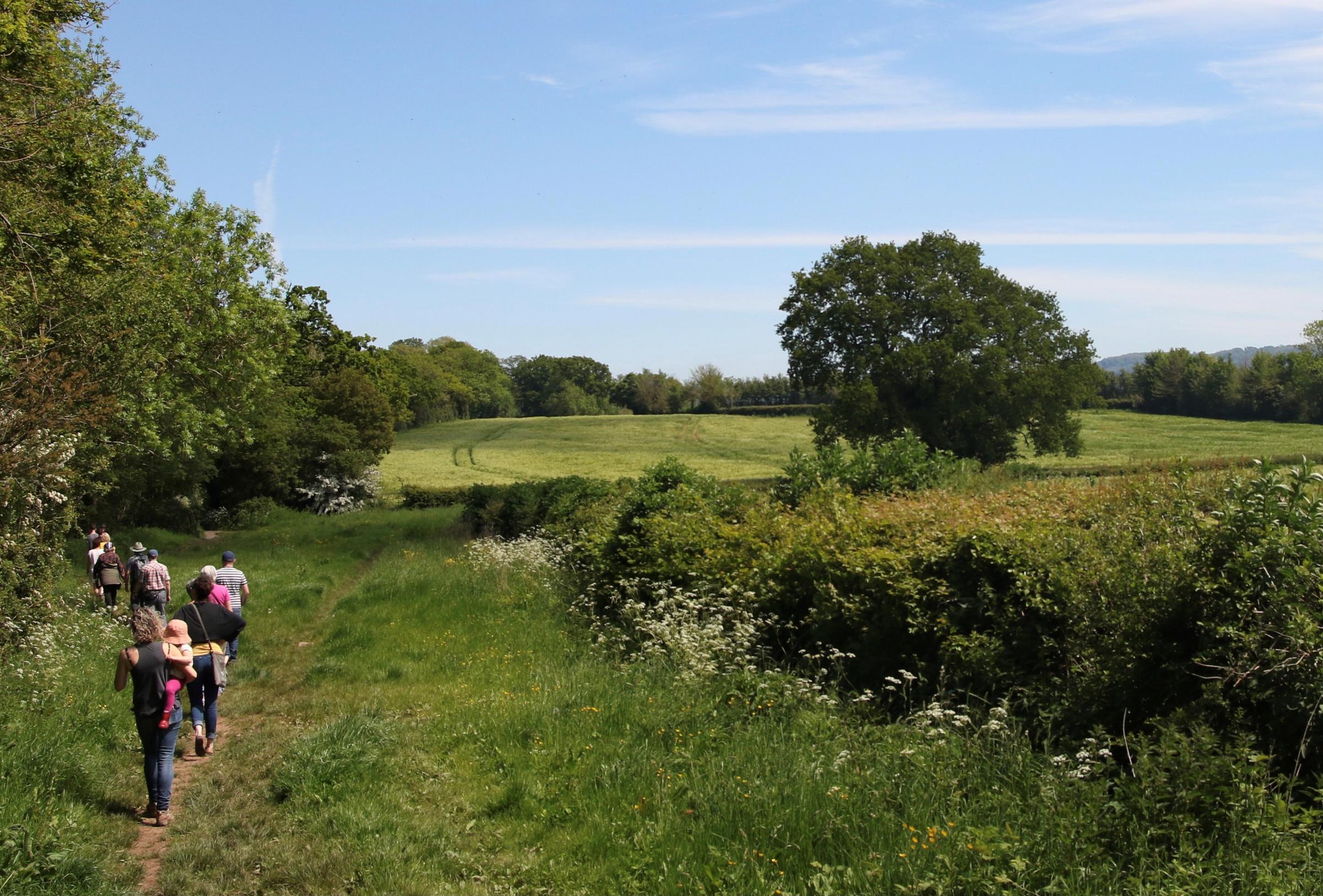 RESIDENTS opposed to plans for a new Sharpness garden village have organised a series of scenic walks in the area to show people what will be lost if development plans go ahead.

Amanda Howard, who has been organising the walks, wants to highlight the parts of the landscape which will be built on, if Stroud District Council’s draft Local Plan is approved.

The plan is currently the subject of a formal six-week period of public consultation, which runs till midnight on July 7.

Amanda is hoping that more people will be encouraged to register their objections with the council after walking in countryside which may soon make way for houses.

She said: “Through this series of walks I’m trying to engage people in a much more physical way with the enormous housing development that has recently been given the green light by Stroud District Council between Berkeley and Sharpness and the surrounding villages.

“Pretty much every green field between Berkeley and Sharpness and areas throughout Wanswell, Hinton and Brookend would be turned into an enormous new build housing estate.”

Amanda has planned a walk for each week that the final consultation is open.

“This time, importantly, each objection will be see by the independent planning inspectorate,” she said.

“Each walk has a theme based around one of the main issues that exist in the Local Plan, and hopefully when people are walking the routes, it’ll help to bring the issues closer to home and make this planned development and its effects more tangible.

“There are a lot of people who didn’t feel engaged with the development of the Local Plan and many who didn’t take part in previous consultations, for a lot of understandable reasons.

“But now we have one final precious chance for our voices to be heard.”

For further details about the walks visit: berkeleybyways.co.uk

To view and comment on the draft local plan, visit: bit.ly/35aepBz

A 16-year-old youth has gone into the witness box at Gloucester Crown Court to give evidence in his trial for allegedly murdering his 17-year-old victim in Cam earlier this year. Gazette Series Gloucestershire…

A TRADITIONAL hay meadow has been created in the churchyard of St. George’s Church in Cam as a result of a project by the church’s eco church group and community interest company Wild Dursley – ‘WILDur’. Gazette Series Gloucestershire…