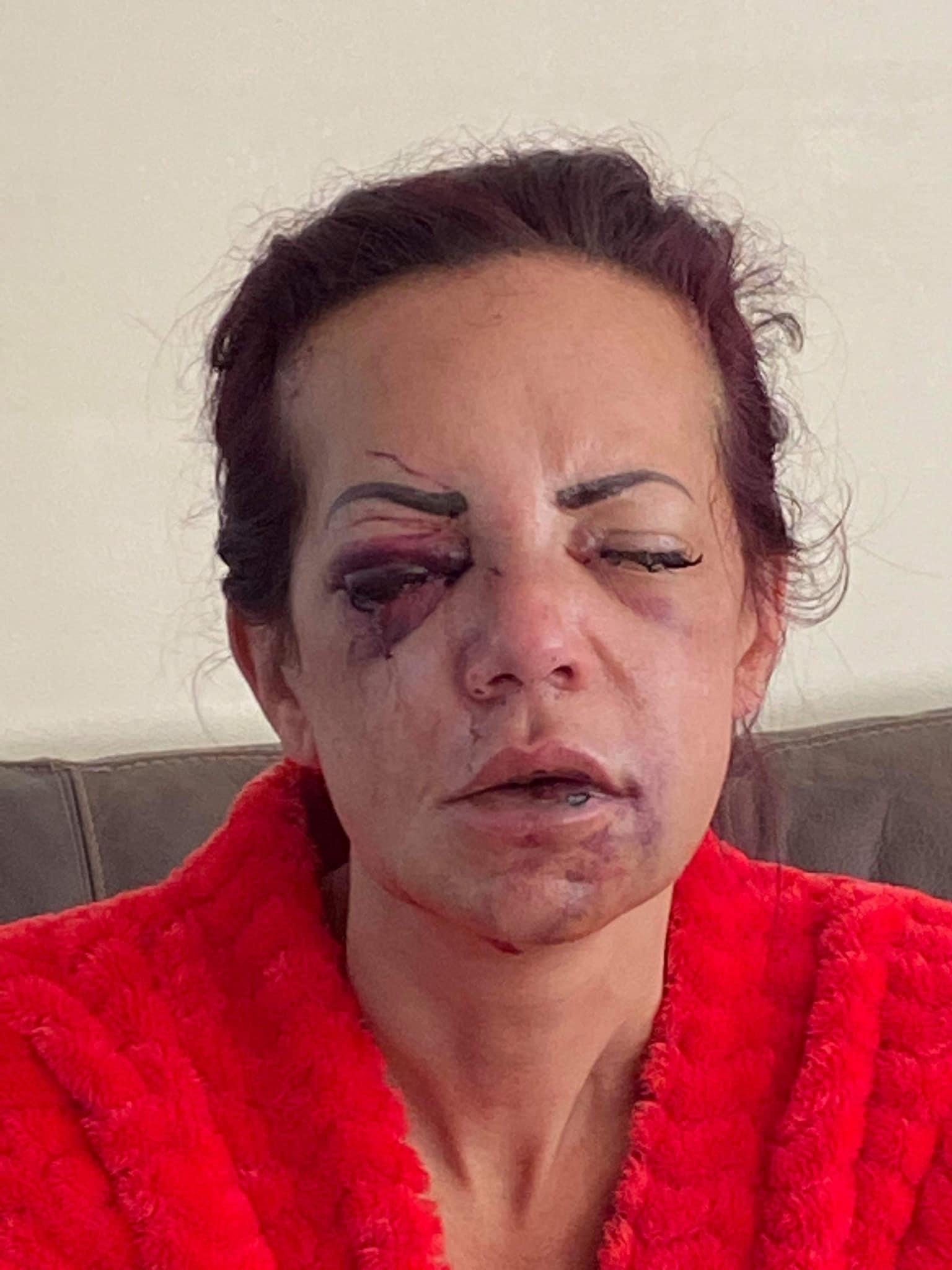 A DOMESTIC abuser posted a video of his semi-naked ex on Facebook – and she had to leap from a moving van to escape him after he punched her so hard that he broke her eye socket.

Gill filmed Miss Brady while she was semi-naked and posted the video on a Facebook group with ‘over 10,000 men’ after he ripped up all of her clothes and shoes and then threw her out of the home. At the time Gill was arrested and released on police bail.

In September, Gill attacked Miss Brady again in his van whilst he was driving. He punched her in the face and knocked her out, then threw her mobile phone from the vehicle.

When she awoke, Miss Brady felt she had no other choice other than to jump from the moving van, so fearful was she for her life.

Speaking to the Gazette, the brave victim waived her right to anonymity in the hope that other women will also speak out about domestic abuse.

Miss Brady, a mother of two and a carer, said she had suffered varying degrees of physical and emotional abuse at the hands of Gill and had called the police in January but the ‘CPS had decided not to go ahead with the prosecution as it was my word against his.’

Of her ordeal in September, she said: “In the van, he punched me and knocked me out with one punch, but obviously he just said no comment to the police, so we have no idea exactly how many more times he punched me after because I was unconscious.

“I then came round in the van and he threw my phone out of the window. We were basically in the middle of nowhere.

“I was asking him to stop the van because I was so frightened but he wouldn’t and I just felt like I had no choice but to jump it, because he had told me on a previous occasions that if he was to start hitting me he wouldn’t stop until I was dead.”

Samantha suffered a fractured eye socket and a broken nose in the attack.

“I was in and out of consciousness all night.

“I tried to get him to leave and my dad came over as he was concerned because they had not heard from me because my phone was gone. I managed to get to the door and my dad called the police and an ambulance.”

Gill was arrested that evening and was remanded in custody from September until the case on Friday.

Samantha added: “I feel fine now. I’m so glad it’s over and done with and the truth has come out.

“His family can’t contact me. I had two-and-a-half years of emotional blackmail and pushing and shoving.

“I will have to undergo another operation for my face and I still have no feeling in the right side of my face due to the extent of the nerve damage, but I am healing.

“I urge anyone who is in a bad situation to go to the police.”