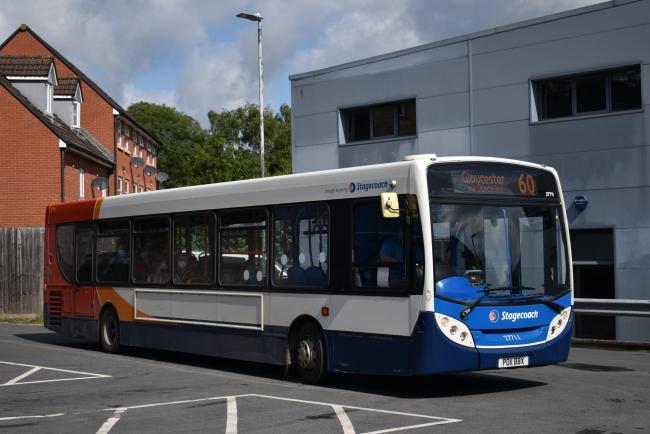 More than 380 bus drivers in Gloucestershire and Wiltshire are set to strike for a month.

The Stagecoach West drivers, members of the Unite union, have announced a strike from Thursday, March 10 until Saturday, April 9 following a dispute over pay.

The dates have been chosen to coincide with the Cheltenham Festival, as Stagecoach has the contract to take festival goers to and from the racecourse.

Drivers claim that current rates – under £11 an hour for some – are not enough and are pushing for an increase above the predicted inflation rise of 7.8 per cent.

But Stagecoach argue pay rises of this size would put the viability of some bus routes at risk.

Unite general secretary Sharon Graham said: “Unite has given Stagecoach West every opportunity to make a fair pay offer to avoid strike action but it has failed to do so.

“Our members have made it very clear that they will accept nothing less than a significant pay rise and they have Unite’s full support in this fight.

“Stagecoach has to get real – it’s time to table a serious offer.”

The strike action will affect all of Stagecoach West’s service operating from the Bristol, Cheltenham, Coalway, Gloucester, Stroud, and Swindon depots.

Unite regional officer Shevaun Hunt said: “Our members are taking strike action as a last resort because Stagecoach has refused to listen.

“Even now strike action could be avoided if Stagecoach West was prepared to return to the negotiating table and make an offer which meets the drivers’ expectations.”

A Stagecoach West spokesperson said: “Around 40 per cent of bus drivers in these areas are not members of Unite and have not voted for strike action.

“In recent negotiations, Unite has been demanding pay increases of up to 22 per cent, which would put the viability of many community bus routes at risk at the very time they are already under strain.

“We are committed to giving our people affordable pay rises, on top of the increases we have given over the past two years during the difficult period of the pandemic.

“We are expecting to hold further talks with Unite in the week ahead and would urge them to work constructively with us to reach a solution that is in the collective best interests of everyone.”